Okei, last chara for this game lmfao, Fuyou Kaoru. He’s the owner of a fashion store in Harajuku that asks Yuki to help him find the key to his store after he drops it. After that favour from Yuki, he tells Yuki that she can come by whenever and ask him for help cuz he’s quite the pro investigator himself. 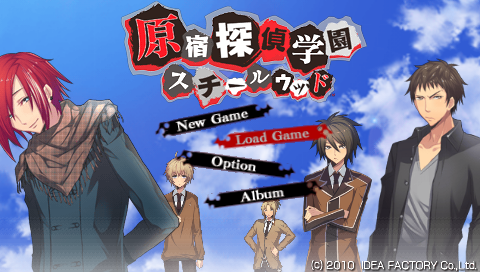 As I thought, this guy is probably likely to be the main guy, since his story is pretty much the best one out of all the chars. Despite that though, since playing the other chars and seeing how he reacts to Aki I knew roughly what to expect. He was also the only char to make me rage hardcore (╬◞≼◉≽◟:.;;◞益◟,;;.:◞≼◉≽) cuz he pretty much did everything I was hoping he wouldn’t.

END_OF_DOCUMENT_TOKEN_TO_BE_REPLACED

So after playing through the routes of 3 chars I’m finally on the real story, Hirasaka Kyousuke’s route. Honestly I’m still not convinced even after this route that the game is worth my time but welp, already wasted.

Kyousuke is the teacher in charge of Yuki’s class and also a guy who’s rly lazy with his job. I’m normally not fond of student x teacher romances but………No there’s no but, I’m still not fond of it lmfao. And honestly this route just reinforced the ‘I wanna date Haruki Tatewaki instead’ idea in me, but I guess they realised one rebound route is enough….more on that later on. Also I like him way more than everyone else so I put more screens of him here aheuahuehaea.

END_OF_DOCUMENT_TOKEN_TO_BE_REPLACED

After procrastinating for a week on the last chapter of Yuu’s route and then procrastinating from writing about it here it is. HOPEFULLY this is the last of the super-freaking-boring-copy-pasta-nothing-happens routes. 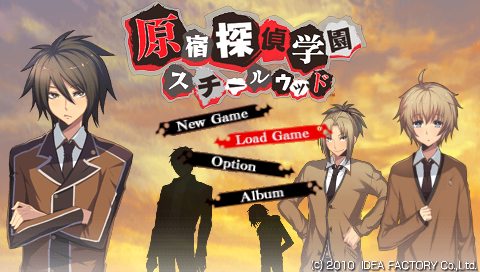 I can’t even remember what happens but luckily I have notes……..and going through all my screen shots for the route, man I feel like Yuu was more moe than he was when I actually played. But whatever, maybe I’ll fall asleep while writing this even.

END_OF_DOCUMENT_TOKEN_TO_BE_REPLACED

Next up is the shota, Hibiki Misato. And of course as usual, the shota gets ripped off in almost all aspects of the romance.

As I’ve said before, Hibiki is the genius shota. He’s also pretty girly, into handicrafts so he carries a sewing kit with him everywhere. On the first day of school he sews Juunosuke’s button back on for him and everyone is amused by his skillfulness ww.

By the way, I’ve noticed people romanizing the name of this game as Harakuju?? What? Am I massively missing something because from my knowledge and every dictionary I check, the title stays as Harajuku. In fact, looking up ‘harakuju’ gives me the closest match of ‘harakudashi’ which means laxative and boy, laxative detective school steelwood? I’d play that for sure. 三(    ε:)

END_OF_DOCUMENT_TOKEN_TO_BE_REPLACED

And I’m back, this time with Harajuku Tantei Gakuen Steelwood, a mystery/detective game about students by Otomate. After Custom Drive I wanted nothing to do with D3P so ( ༎ຶ ◡༎ຶ) I picked this game up, which has a bunch of my seiyuu biases and I heard little to nothing about this game so might as well. 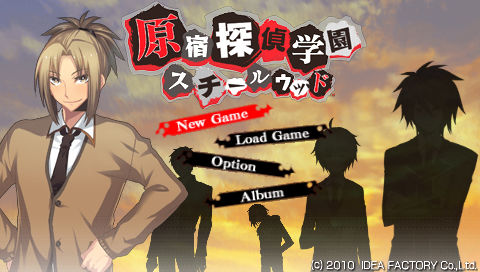 I think this is a pretty cool screen, shows you who you’ve captured so far.

In this game you play a girl called Yuki Horikita who enrols into a school which trains you to become a detective. She does this following in the foot steps of her deceased sister and sets out to complete the things she couldn’t. At the school she gets assigned into team 5, a team of budding detectives (students) who she spends the rest of the school year with. In the team is Matsuyama Yuu (cv. Suzumura Kenichi), the local rich bocchama kuudere (?); Misato Hibiki (cv. Kaji Yuuki), genius shota; Akizuki Juunosuke (cv. Suzuki Chihiro), joke of the group/takes nothing seriously kinda guy. Additionally, you can also capture the homeroom teacher Hirasaka Kyousuke (cv. Toriumi Kousuke) and local fashion store owner Fuyou Kaoru (cv. Maeno Tomoaki), who were both friends of Yuki’s deceased sister, Aki.

END_OF_DOCUMENT_TOKEN_TO_BE_REPLACED

Man I don’t think I ever played an otome game that was such a big steaming pile of shit before. Judging from other peoples’ reactions of Custom Drive I now realise that the harsh insults they for it were TOTALLY deserved. At first I thought people were just more critical than I was because, hey we all have different opinions right?………………Custom Drive. I don’t think I’ve ever dropped a game this fast.

First I picked up this game because Hosoyan and hearing him speak for the kizoku kei aka. aristocrat personality it just gave me massive Julian baby reminders so I wanted to go for it. First mistake. The thing wouldn’t even let me pick the kizoku kei route, no matter what I did ( ༎ຶ ◡༎ຶ) so I thought, maybe I needed to unlock it by doing the default route puchi ero (slightly perverted). I finished that steaming pile of shit and nope, they threw my head back down into it when I tried to go for kizoku kei. So I just rage quit. ( ༎ຶ ◡༎ຶ) I honestly have no idea why I couldn’t unlock any other personality other than the annoying puchiero, so if I actually find out how I may go back just for that. But whatever right now.

Custom Drive is about a chick called Kouda Saya being forced to nominate an ikemen for her weird school’s long running tradition of male beauty pageants. The event is called Prince Collection or PuriCore I don’t even. Basically whoever wins the competition gets a free ticket to confess to the one they love and apparently since it started, none of those confessions have ever gone awry, even when it was directed at a teacher or whatever. That’s literally the real story.

END_OF_DOCUMENT_TOKEN_TO_BE_REPLACED

My Own Favourite Things