Otome game endings // types of ends you may come across

You’re walking in the woods….There’s no one around and your phone is dead.
Out of the corner of your eye you spot him…

What do you do?

Take the first swing before he can

Your choice will affect the ending you reach.

When you have a story, there has to be a starting, development and conclusion. What sets game narratives apart from the normal linear narrative structure is that there is an element of being able to choose how the story will play out and conclude. But have you ever wondered what kind of story endings there are out there?

I was asked on Curious Cat to talk about some of the different types of bad endings but to get there it might be easier to talk about all the general types that are prevalent in otome games to begin with. These can apply to any narrative, particularly those belonging to the same categories like galge and other general visual novels, but I’m hesitant to speak on absolute terms so for now I’ll just specify this is for otome games, particularly in my experience.

END_OF_DOCUMENT_TOKEN_TO_BE_REPLACED

Yuiga Satoru // further on being the victim of tracing

As my previous post on the events surrounding Yuiga Satoru’s situation had gotten fairly long and a fairly lengthy period of time has passed, I’ve opted to use a separate post for further updates.

For those who have completely missed what was happening, refer to my original post here which details everything up until April 2020. 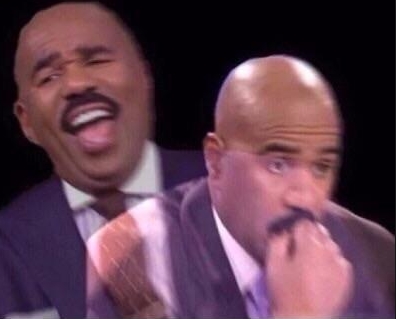 Did you think it would go away?

I missed this update because Yuiga hadn’t tweeted about her new blog post but I got a Curious Cat ask to translate the post.

So on the 31st of October, Yuiga updated her blog to reply to the messages that she had gotten over between June and July this year.

END_OF_DOCUMENT_TOKEN_TO_BE_REPLACED

Yuiga Satoru // On being the victim of tracing

Most seasoned visual novel fans (or perhaps just otome game fans) have come across scandals involving artists allegedly tracing others’ works at least once or twice. However what rocked the otome gaming world in Japan recently is by far a larger scale and has apparently spanned several years unchecked. Here I will give a report of what happened with my translation of any relevant information. My translation notes are foreworded with T/L note in italics.

END_OF_DOCUMENT_TOKEN_TO_BE_REPLACED

No this isn’t about the mobile game of the same name, but the Vita port that came out…..2 years ago.

Y’know when they announced the cast and I saw Koyasu I immediately eye zoomed into his char and after hearing it was originally a mobile game, realised they doomed him to a subpar game. Nevertheless this means I bought it.

I originally intended to do this as a short thing because I imagined it was a short game but…Yeah nothing new it was short, I’m just slow. I didn’t take many screenshots either.

5nin no Koi Prince, or KoiPri is about this super rich old fogey who recently died, Saionji Hajime’s fortune. Apparently he left behind like an obscene amount of money (50 billion yen) to his children, with one catch: only the one who marries the daughter of his one true love will be the one who can inherit it. Making sure this is a legit marriage of love, is the lawyer Maki Yuusuke.

Coincidentally all of Hajime’s sons happen to be super successful as well as good looking which makes them the Prince Five as dubbed by Maki (I used this dumb ass name as my tag for the non-spoilery live tweeting of the game as well). So Maki drags the daughter of Hajime’s first love (the heroine) to his mansion and abruptly tells her to marry one of them.

The heroine (patissier) couldn’t give two shits about the money since she’s happy with her life, but upon hearing that the jealous younger brother of Hajime, Shiro might try to destroy her life accepts the conditions, choosing one of the dudes.

Those who follow me on twitter would know that this year I got the pleasure of going to Animate Girl’s Festival for the first time, which is the hallmark event for female fans of anime and games/drama CDs. Major companies and faces go to each event to promote their games etc. and people from all over Japan fight to attend. It happened on the 5th and 6th of November this year in the World Import Mart which is attached to Sunshine City in Ikebukuro.

Unfortunately because of bad management ( ‾᷄꒫‾᷅ ) and being generally unlucky, I missed out on full day tickets and only managed to get afternoon tickets to the event, which means entry was only allowed after 1pm on each day. Not to mention the process of getting the tickets was a pain in the ass (´L_` )…

Anyways in general, unlike cons here in Australia (and I assume most places in the world) there are tickets specifically for cosplayers which allowed them to enter a cosplayer only area if I recall but (  ~´･_･`)~ I didn’t cosplay so I have no idea. The most I prepared with an itabag, which most attendees also had to put their best boy on display (・∀・)

END_OF_DOCUMENT_TOKEN_TO_BE_REPLACED

My Own Favourite Things